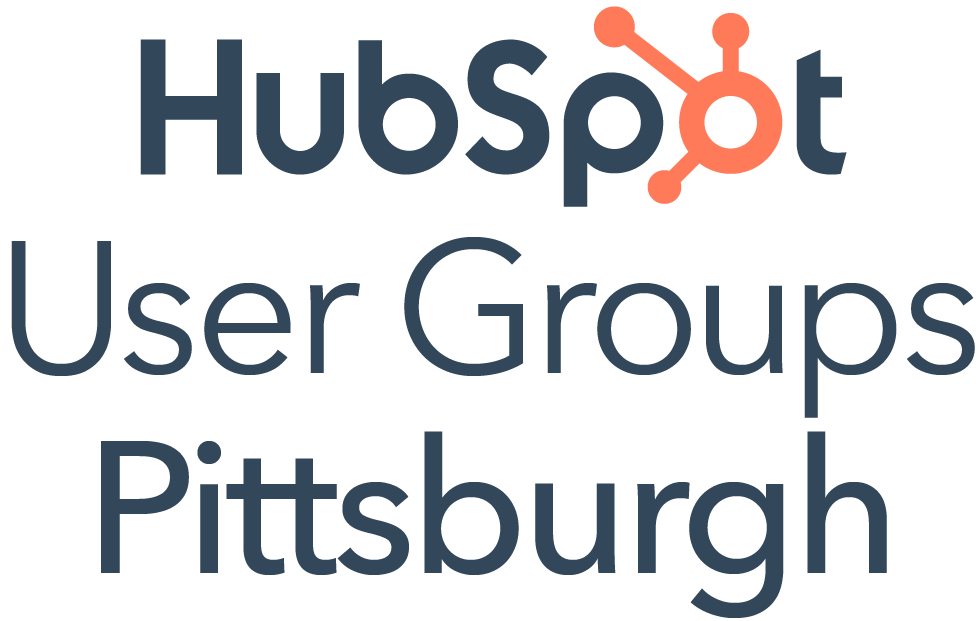 We are a user group that supports the community of HubSpot practitioners and other marketing professionals in the Greater Pittsburgh area who seek to continuously improve their sales, marketing and HubSpot skills.

Why attend the Pittsburgh HUG?

Connect With Your Local Community

Network and build a community with other HubSpot users and marketing professionals from across the Greater Pittsburgh area.

Learn From Experienced And Knowledgeable Leadership

Leave With An Actionable Plan To Help You Grow Better

Sign up to be notified when meet-ups are happening in Pittsburgh!

We will be hosting meetings once per quarter.

We're committed to your privacy. HubSpot uses the information you provide to us to contact you about our relevant content, HubSpot User Groups, products, and services. You may unsubscribe from these communications at any time. For more information, check out our Privacy policy.

Will is the HubSpot Certified Trainer and Marketing Automation Specialist for Pittsburgh Internet Consulting (PIC), a Platinum HubSpot agency. Will draws from his 20 years of classroom teaching and speaking experience to design training and learning  that encourage and inspire clients to get the most out of their inbound marketing. A life-long learner and fierce proponent of education, Will currently holds 24 HubSpot certifications and is a proud HubSpot Community Champion.

Will lives in Harrison City, Pennsylvania with his Christie and three kids: Nick, Grace and Robbie. Outside of the office, Will works as an itinerant minister, speaker, musician and emcee for church youth rallies around the country.

Chris is a veteran of the United States Air Force where he led Security Forces Raven Teams on missions around the globe. Additionally, Chris served 8 years with the Pittsburgh Bureau of Police, where he spent the latter half of his time there as a detective in the Computer Crime Unit (CCU). Present day, Chris spends most of his waking hours “wearing all the hats” as the founder of ProFromGo.

A lifelong technophile turned entrepreneur, he currently resides in Wexford, Pennsylvania in a houseful of ladies, with his wife, Tracey, and their three young daughters: Natalie, Giulia (pronounced like “Julia”), and Nora. In his free time you’ll find him camping, fishing, or playing beer league ice hockey with a bunch of guys who refuse to admit they’re already over the hill.

The team at ProFromGo has expertise in web design and development, SEO, inbound marketing, paid search, and sales and marketing automation programs.

ProFromGo is certified in various Google programs and is a HubSpot Platinum solutions partner.

Since 2001, Pittsburgh Internet Consulting has been a leading Pittsburgh SEO agency and HubSpot Platinum Partner that has successfully worked with industrial, commercial and professional service businesses to define and improve their website ROI through search optimization, pay-per click campaigns, traffic analysis and website design consulting. Our internet consulting experience includes e-commerce websites as well as non e-commerce websites in B-2-B and B-2-C markets on the local, national and international levels.

The Pittsburgh Hubspot User Group pledges to be your ultimate resource for guidance and assistance with any of your marketing challenges. We are here to help marketers provide value and produce results for the businesses they serve. We this out of our passion for marketing and helping others succeed. We are here to support each other and encourage all members to help out other members when they get a chance.